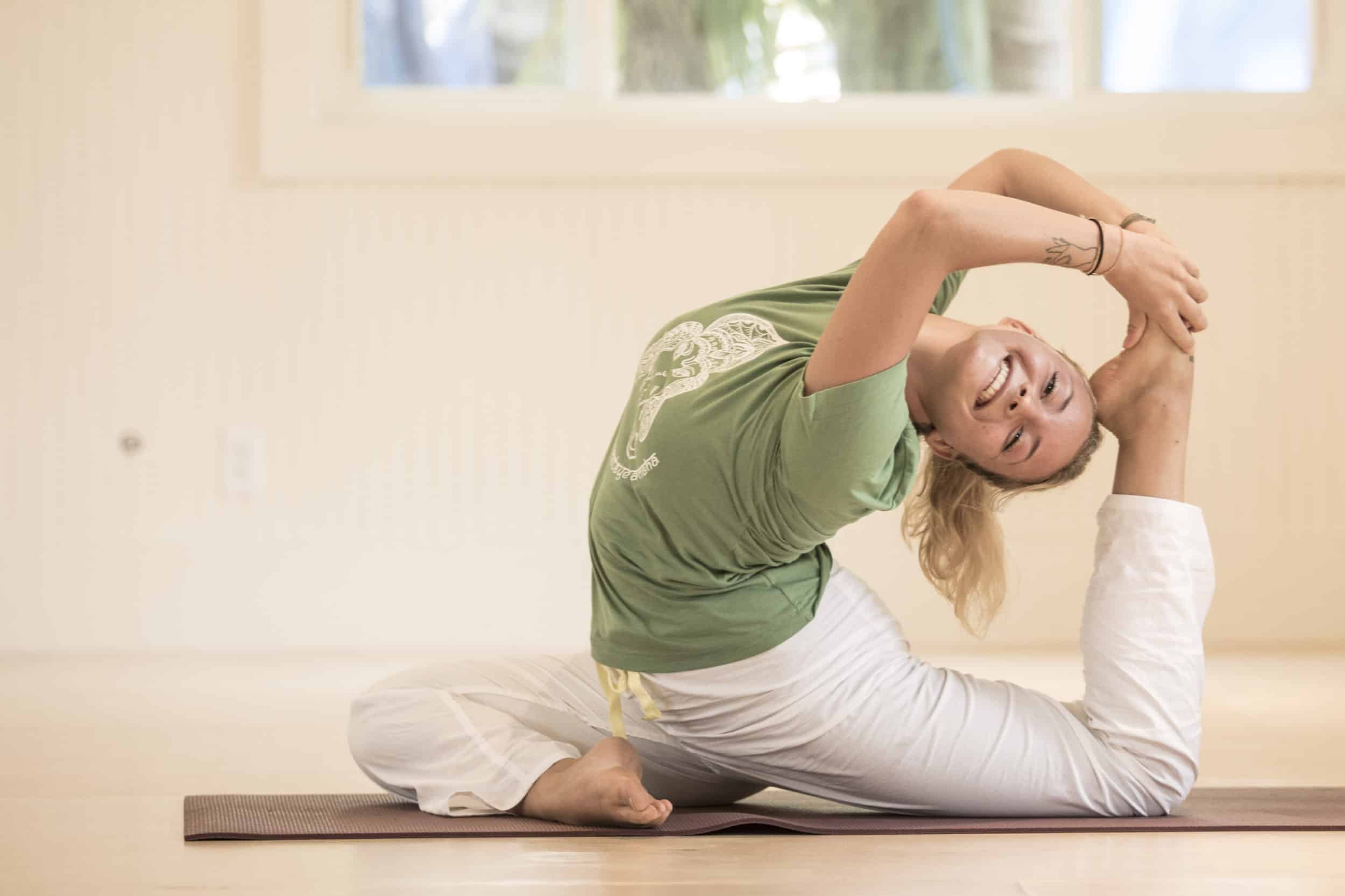 Science of Yoga: Explorations in the Mind-Body Connection

It’s no secret that the physical body is connected to the mind and spirit. When we overtax our muscles and bones, we start to wear down much more than our prospects for long term health and overall life span. The body is a vessel for experience and the state of it directly determines our here and now. Much of modern life, including the advertisements that are embedded everywhere — from billboards to less conspicuous culprits, such as our friend’s snapshots of recent travels on social media — aims to convince us that our state of health is beyond our control and that decay — on the physical, mental, and spiritual planes — is, at worst, inevitable and, at best, something that we can stave off with temporary solutions. As time speeds away from us we realize that bandaids are unsatisfactory. But what if there was a more permanent solution in sight? Something that was guaranteed to put us back in control of this game of life?

Taking back your power starts with the singular journey that modern life aims to distract us from—this journey is the one inwards, towards the self. To make contact with the self takes work. Starting with the outer self makes sense; if we can’t exercise power and control over our bodies, how do we expect to do the same over more subtle matters like our states of mind and levels of satisfaction in life?

The Journey from Superficial to Subtle: The Mind Echoes the Physical Body

The mind-body connection is still mysterious. While it has been espoused as existing by philosophers for millennia, it is only just being 'confirmed' by helpful (if still narrow) areas of scientific research and expertise found in fields such as biochemistry and neuroscience. Yoga suggests that the practitioner first start making changes externally, or physically, rather than internally, or mentally. That's because physical changes are by-and-large easier to produce due to our shared human history of experience, which is dominated by physical markers.

Think of it; when we are stressed, grieving, or feeling any other sort of negative emotion, it's common to see a physical transformation: the body will flood with adrenaline and cortisol (the stress hormone) while the heart will quicken, the breath will become shallow, and so on. But how do we reverse the behavior—how do we calm ourselves down? The most common response, when coming to a friend while in distress, would be for the friend to say: "Breathe." And as we take deep breaths in and deep breaths out, we will notice the physical changes in reverse (that is, going from the more gross to the more subtle levels)—as our breathing becomes slower, steadier, fuller, our hearts, then our chemicals follow—and these  physical changes inspire (or produce?) the desired state of mind: calmness instead of intense emotion. It is interesting that while our internal states often produce visible physical reactions, to reverse the process we control our physical reactions—we advise each other to "Breathe" instead of something more vague or subtle like "Tell your body to stop making cortisol" or "Stop thinking negative thoughts!"

Yoga keeps the ease of making physical changes in mind when prescribing a path to taking back control of one's mind and thereby, one's life. In the eight limbs of yoga, we are prescribed eight steps that should take us to this lofty goal of self-realization, of complete mind control. It is only the 6th, 7th, and 8th step that revolve around the subtler mental acts of one-pointed concentration, meditation, and samadhi (an inexplicable merging with the oneness that pervades all). The first 5 steps are conversely concerned with ethics, physical postures, control of life force (predominately via the route of breathing exercises), and sense withdrawal.

The Neuroscience Behind Yoga: How Pranayama, Breathwork; Asana, Steady Postures; and Dhyana, Meditation, Affect the Brain

Yoga is a lot of things; for the sake of the question "How does yoga impact the brain?" we will define yoga within its 3 predominant pillars of pranayama (control of the vital life force, often equated to breathwork); asana (the holding of steady postures); and dhyana (meditation and contemplation, which is informed by dharana, one-pointed concentration). So how does a regular practice of (in short) breathing, holding steady physical postures, and meditating affect our brains?

Here's what the science tells us about the positive benefits of yoga on brain connectivity:

Here's what the science tells us about the positive benefits of yoga on brain chemistry:

For Yoga to Change Your Brain, Commitment is Key

The benefits seen in the brains of yoga practitioners globally are within grasp for all of us—but they require consistency, commitment, and a mindset of discipline when it comes to our yogic practices. The amount of benefit you see will be directly influenced by your individual commitment to practicing yoga. BUT... once you make that commitment, the jury says that you won't regret: by increasing how often we activate our parasympathetic pathways, we improve circulation to our endocrine glands and digestive organs. That means that things like heart health, blood pressure, and breath rate can be managed more efficiently. Overall improvements in brain chemistry mean improvements in hormonal health... and hormonal health is responsible for the inflammation underlying most of our physical ailments as well as various decreases in cognitive function. So, spending time on the mat doesn't just make you look good on the outside... and makes you look good on the inside too, giving your body the time it needs to detoxify our internal organs and systems to eliminate that which is no longer serving us.

One thought on “Science of Yoga: Explorations in the Mind-Body Connection”